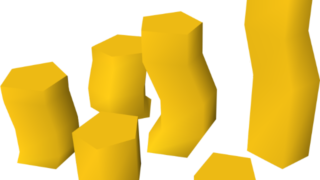 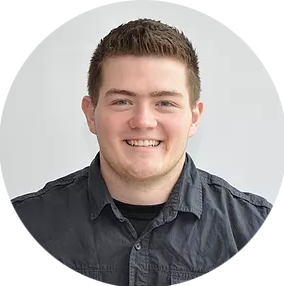 A senior of Ohio State University, Jesse Rowe has already immersed himself in the tech world in very short order. Through his Columbus, Ohio-based company Ahoy.ai, Rowe and partner Alex Ogorek have garnered a great deal of attention. However, while there are a lot of fascinating elements to Ahoy.ai, this is not the only project Rowe is working on. With an eye towards streamlining productivity and communication in small-but-crucial ways, Rowe has a number of ideas that he is working on.

Rowe maintains an active presence on both Twitter and LinkedIn. As Ahoy.ai continues to evolve, steaming from the humble beginnings of its initial funding, Rowe has become a compelling voice in the world of tech startups. The Ohio-based projects he continues to develop are a strong reminder that great tech ideas aren’t just coming from the obvious places. Cities and towns around the world are adding extraordinary developments and ideas to larger concepts related to communication, productivity, and more. Ahoy.ai is a great example of what’s going on in cities like Columbus.

While exceling at Ohio State University, as both a student and track-and-field athlete, Jesse Rowe also devoted his time to new ideas. Ahoy.ai is his first business, created in collaboration with Ogorek. One of the most fascinating things about Ahoy.ai is the fact that it came out of a realization. The concept of streamlining the conversations we all have about scheduling meetings into a single email is something that came to him out of nowhere. It was while trying to plan a meeting for four people that Rowe decided there had to be a better way of doing things.

This is where the concept of Ahoy.ai took shape. Trying to plan a meeting between yourself and one other person can be difficult enough. Syncing up two schedules can be a serious challenge in this day and age, even with the aid of smartphones, time management apps, and similar things. Now, imagine trying to schedule a meeting for lunch with 3 people, or 4, or 5, or 10, or more. A shocking amount of our free time seems to be devoted to the task of trying to get everyone’s busy schedules to coordinate.

Ahoy.ai will take the “Let’s meet for coffee on Tuesday morning” suggestion, and send everyone involved emails asking them to confirm the meeting. With an added bonus of synced calendar invites, Ahoy.ai will then send a final email to finalize everything. It really is that simple. Rowe and Ogorek have also given Ahoy.ai the ability to integrate seamlessly with Slack. Users can check out Ahoy.ai for thirty days free, and then decide from there if they want to sign up for a low-cost subscription.

It’s a neat idea. Better yet, it has been well-created and promoted by Rowe and others. Beyond the promise and initial popularity, Rowe is looking for ways to make Ahoy.ai even better. At the same time, he is not limiting himself to just Ahoy.ai. Like any successful startup entrepreneur, Rowe is looking for new challenges and possibilities.

Ahoy.ai has already come a long way from its humble origins of transforming $14,000 from a small fund into a viable method for improving communication. In the present, Jesse Rowe is eager to look for new ways to do things a little differently, and a little more efficiently. He is currently involved with a project known as QuickSixty, which promises to deliver 60 seconds of digital marketing insights into your mailbox.

Rowe is also working with Walnuts. This ingenious app makes it easy to find useful ways to make sure your spare change is being invested intelligently. All of these ideas and apps have at least a few key things in common. They are all looking to transform the way we connect to one another. At the same time, these apps and ideas also makes it easy to achieve more in the world around us.

As time goes on, Rowe naturally wants to continue developing and improving the things he has already helped to bring to the world at large. It is his hope that these goals will be combined with his natural enthusiasm for finding new ways for the world to interact, make plans, and build relationships.